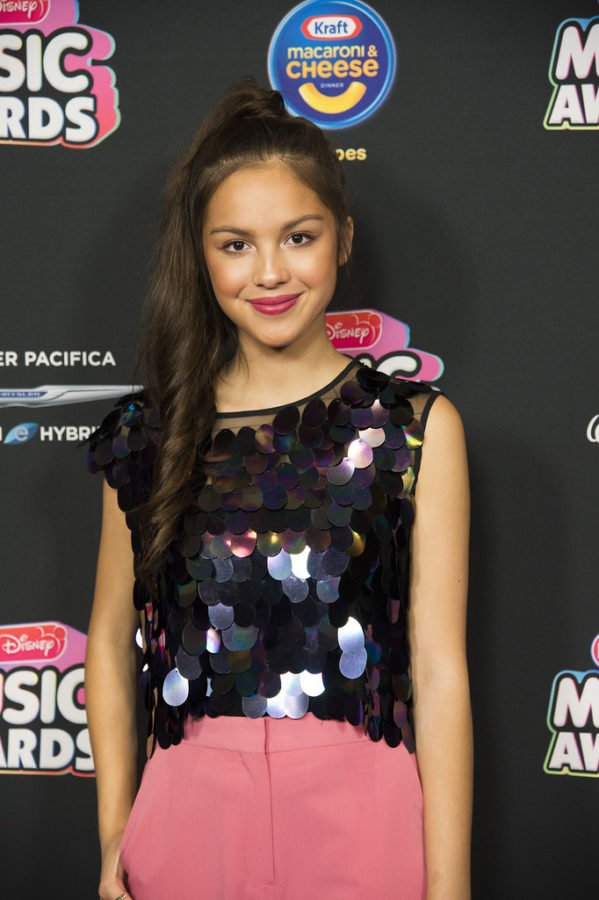 Rising star Olivia Rodrigo got her start on Disney channel's "Bizaardvark" and currently acts on "High School Musical: The Musical: The Series".

With the release of her new single topping the charts on iTunes, Spotify, in the span of a few days, Olivia Rodrigo is certainly giving the music industry deja vu. Her last viral hit “Drivers License” propelled Rodrigo into the mainstream spotlight and she shows no sign of stopping.

Rodrigo’s rising fame is no accident. Her triumphant trajectory, while maybe not anticipated, has been cleverly crafted. From the beginning, Rodrigo admits that “Driver’s License” was written especially with TikTok in mind, creating a bridge so memorable that users would have no choice but to constantly use it for videos and edits.

“I only know about Drivers License because of TikTok, and because of that, it’s a reason I listened to it a couple of times,” senior Halie Ojeda said.

Rodrigo’s status as a Disney Channel star also helped drum up popularity with fans who had remembered her in “High School Musical the Series” and “Bizaardvark.” Her time at Disney also provided time to experiment with her sound and songwriting process, as she released singles for her HSM series to much acclaim before going solo.

The song also famously sparked theories about the true subject of the lyrics. The idea of a love triangle between Rodrigo, ex-boyfriend and co-star Joshua Bassett, and actress Sabrina Carpenter swirled online, with listeners analyzing the lyrics and other songs released by Bassett and Carpenter searching for hints. This publicity was a stroke of genius, as more theorists meant more streams, and more streams led Rodrigo to the top.

Following this major success, which broke the Spotify record for most played song in a week, was the release of “Deja Vu.” The single is already climbing up the charts after only a week. Proving she’s not simply a one hit wonder, Rodrigo also announced an upcoming album releasing in May.

There is a reason Rodrigo’s formula seems to be working for the new pop star. Songs about teen breakups and getting over your first heartbreak seems to be a universal and timeless experience that listeners worldwide share. This image of a relatable teen girl pouring her heart out into song is a safe bet for Rodrigo and has worked for many in the past. In fact, many cite the similarities between stars like Taylor Swift, Lorde and Billie Eilish with Rodrigo’s lyrics and discography.

The singer has made it no secret that she is heavily influenced by the work of these major stars, even posting covers of Swift’s own songs to her Instagram before her rise in popularity. Her personal relationships fleshed out and put to a catchy melody hearkens back to Swift’s older days in albums such as “Fearless” and “Speak Now.” With slight musical distortions and softer tones, Rodrigo also seems to be channeling the personal and dramatic touches that made Eilish so well known. Mixing both popular styles to create a signature Rodrigo sound is exactly the type of thinking that makes her stand out and appeal to crowds from various walks of life.

A new generation of singers is emerging, ones born in this century and are the same age as their listeners, and are making new waves in the music industry and creating the sound for the future. Singers like Olivia Rodrigo will be the pioneers of 2020’s and starting this young will help her lead the way. Utilizing social media to her advantage, Rodrigo has started a career her fans hope will continue to grow in the future.

“Personally I think the song is really catchy, I quite like it,” Ojeda says. “…I’d say [Rodrigo] has a lot going for her in the future. Drivers License was a bop and a half.”