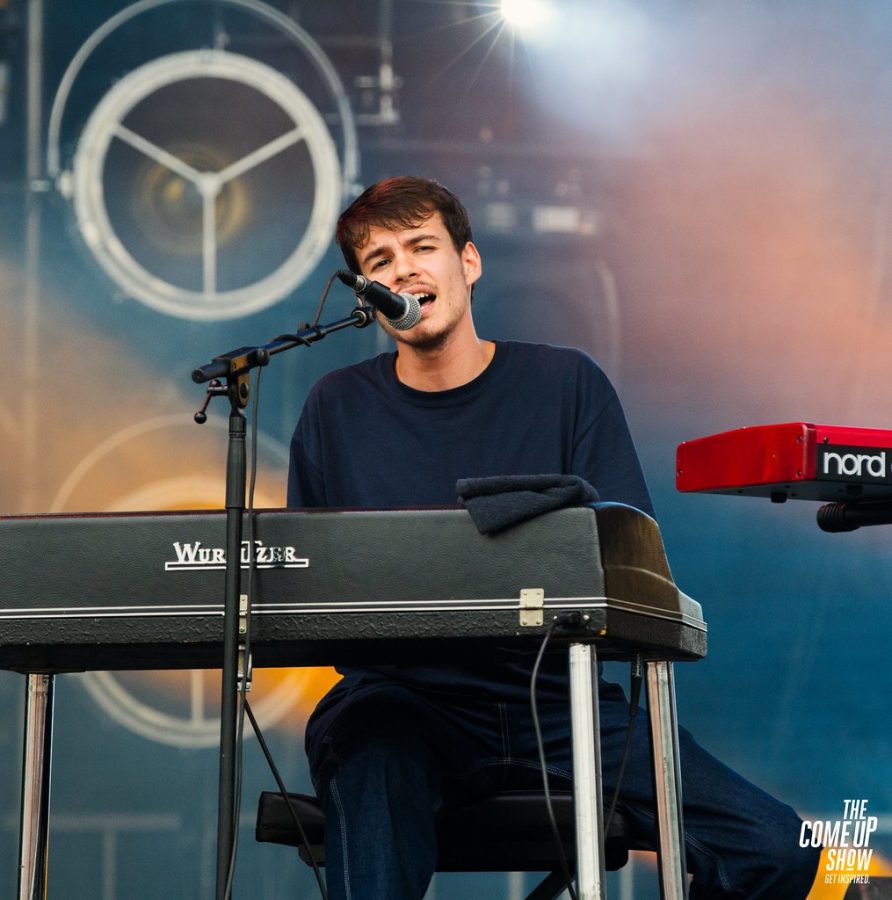 Rex Orange County plays a set in 2018 at the Osheaga Festival in Canada.

Rex Orange County portrays a new sound with his new album “Pony,” which came out Oct. 25, as it captures the casual and harmonious essence of his life through songs such as “10/10” and “Always.” Rex Orange County, a 21-year-old recording artist, has released three albums over his career thus far, showing a new side to his art through a changing sound.

Unlike his other albums, “Pony” changes the sound from a melancholy melody to one that is more upbeat and content. The album shows his new talents such as voice and lyrical progression as an artist and his diverse ability to create music over the indie and alternative genres.

The album takes the listener through a different set than ever presented before from Rex. The tone of his past album resemble a teens hardships and the struggle of life while the album takes on a loving and childlike tone. “Pony” allows him to express himself in a current and experimental way through his lyrics, as well as tone.

From his first album “Bcos U Will Never B Free,” his lyrics open about a depressing time in his life as shown in “see the months of obsession/and crying for hours” from “A Song About Being Sad.” Compared to his new releases, his fans have seen his lyrics transform into uplifting ones. He sings “that it’ll get better when you feel defeated/and carrying on is easier said than done” in his new release “Always.”

Each of Rex Orange County’s albums portray a certain type of sound, from darker and melancholy to a happy and uplifting sound. From Rex’s first release in 2016 to today, there is a prevalent change throughout and a progression of character through his voice and lyrics. Each album shows Rex’s own change of mindset, person and overall growth as an artist.

“Pony” opens a new corner for Rex, showing more of his musical abilities such as voice changes, tone expansion, and lyrical evolution. This opens up to a side new, a new audience could get into and connect with. Through “Pony” a new side is released for a whole new demographic or a growing one at least, with changing fundamental tone and a new outlook on love and life leading to introduce new groups of listeners from R&B with its new soul sound along while maintaining the indie crowd.

Rex still has a long way to grow as a person and to develop as a full character, but his music will continue to allow his fans to go on the journey as well. Personal growth has allowed him to grow even further through fans and his platform, both are growing everyday and expanding do to his new take on things. Rex continued change through his album allows fans to wonder where he will take the next one and how his music will continue to grow throughout the future of his career.